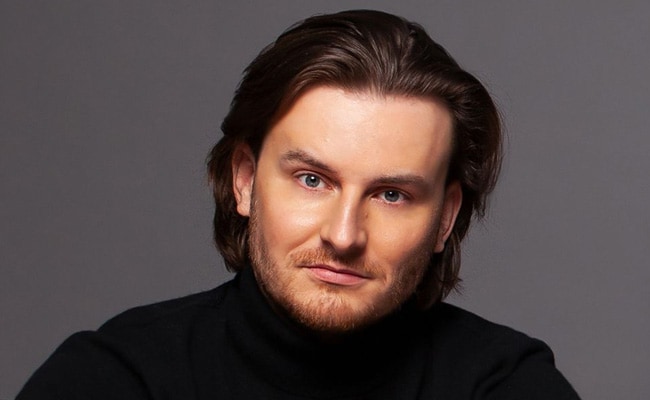 He worked as a mechanic on a variety of container ships for two and a half years, dropping anchor in ports in China, Japan and across Southeast Asia. But the nomad life left Demuth “a bit bored,” and he eventually came back to Vienna to study finance.

The pair along with fellow co-founder Christian Trummer, still hold around half the firm – even after closing a $263 million funding round this week led by Peter Thiel’s Valar Ventures that valued the startup at $4.1 billion. Demuth and Klanschek each own about a fifth of the firm, a holding worth roughly $820 million on paper, according to calculations by Bloomberg.

Their outsized stakes demonstrate the advantages of bootstrapping the company and its years of profitability, co-chief executive officer Demuth says, noting he is in no rush to go public despite a surge in fintech initial public offerings.

“Usually fintechs get a lot of money, money, money, try to minimise the burn rate, then have an IPO, mostly when they are not profitable,” Demuth, 34, says. “For us it is different. We don’t have the urge to do this, we are going a different route.”

The firm, which started out offering retail trading in crypto, is expanding as digital assets edge into the mainstream. Undeterred by the pandemic or this year’s swings in crypto prices, Bitpanda is offering equities trading, a payment card which allows you to pay for your coffee with Bitcoin or even Tesla Inc. stock and is building a new headquarters in Vienna.

Demuth discussed fundraising, the world of fintech and his ambition to diversify Bitpanda’s users. His comments have been edited and condensed.

What have you learnt during this fundraising round?

Getting someone who really supports you and who still has deep pockets for future rounds is so efficient. Of course we could have gone out and maybe even secured a higher valuation, but Paul and I saved so much time by not having to do the whole roadshow thing after we decided to do another round with Valar.

I would advise anybody looking at a Series A to pick the right investors who can do the exact same thing in future rounds.

How did you start Bitpanda?

We put all of our savings in there and tried to bootstrap the company. We wanted to be profitable very early on before we got the first investors on board.

How do you view the competition?

I don’t consider Revolut a crypto site, although they also offer crypto like many others. Coinbase is doing a great job but the focus is still very much on the US side.

The crypto side will always be one of our main businesses and there are more products coming for that space. But on the other hand we now want to make investing in general available for everybody in Europe.

Revolut is building a superapp which does everything a little bit. We are focusing very much only on investing and trading.

Why did you become an entrepreneur?

It first started when I realized how banks work. I come from a family that is, I’d say, normal middle class. I remember when I was at school and I started to get interested into finance stuff and a bank adviser advised my parents to buy some stuff and I looked at it and they didn’t lose money on it but it was overly expensive.

I got so angry that I said this is a scam, they say they are your adviser but really they’re a salesperson. So I always wanted to do something to fix the system.

We’re trying to build Bitpanda so people don’t need all these middlemen. People can just do things on their own.

How is the world of crypto changing?

The demographic when we started the company was clones of me, Paul and Christian. Now it has completely changed. It’s from 18 years old to however old — as long as you are comfortable doing things online with money. It also doesn’t matter if you’re a student and just have a little bit to invest, or if you’re a 60-year-old judge who is wealthier.

The only thing is, which is something we want to change, most of our users by far are male so there is a huge potential of getting women involved.

What do you do to relax?