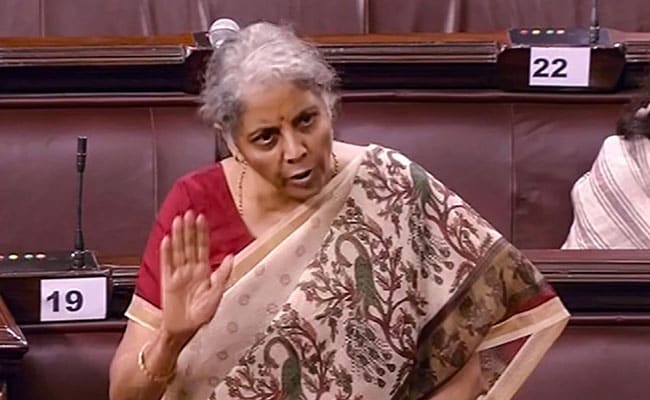 Finance Minister Nirmala Sitharaman on Monday said rules that will facilitate scrapping of retrospective tax demands made on companies like Cairn Energy Plc and Vodafone Plc will be framed soon.

“Rules will have to be framed… rules will be famed soon, she told media persons.”

During the recently concluded Monsoon session, Parliament had passed a bill to scrap a tax rule that gave the tax department power to go 50 years back and slap capital gains levies wherever ownership had changed hands overseas but business assets were in India.

The 2012 legislation was used to levy a cumulative of Rs 1.10 lakh crore of tax on 17 entities, including UK telecom giant Vodafone.

The bill provides for the government to refund the retro tax to companies provided all legal challenges are withdrawn.

The government has to refund about Rs 8,100 crore that it had collected using the retro tax law. The bulk of this – Rs 7,900 crore is to Cairn Energy alone.

While in other cases, it did not take punitive measures to recover the tax demand, the Income Tax department sold Cairn’s almost 10 per cent shareholding in its erstwhile Indian subsidiary and also seized its dividends totalling Rs 1,140 crore and stopped tax refunds of Rs 1,590 crore.

Cairn challenged the tax demand before an international arbitration tribunal, which in December last year overturned the same and ordered the government to refund the money collected.

Vodafone too had received a favourable arbitration award against levy of Rs 22,100 crore tax.

In both cases, the government appealed against the awards.

Asked if the government will withdraw the challenge to the awards after the passage of the law, Ms Sitharaman said, “I will follow the law passed in Parliament.”

“I will follow the features of the legislation. Nothing beyond that,” she said without elaborating.

The Finance Minister said that her ministry officials are discussing with Cairn, Vodafone on the closure of retro tax cases, refund and settlement.

“No discussions with me (have happened) so far,” she said.