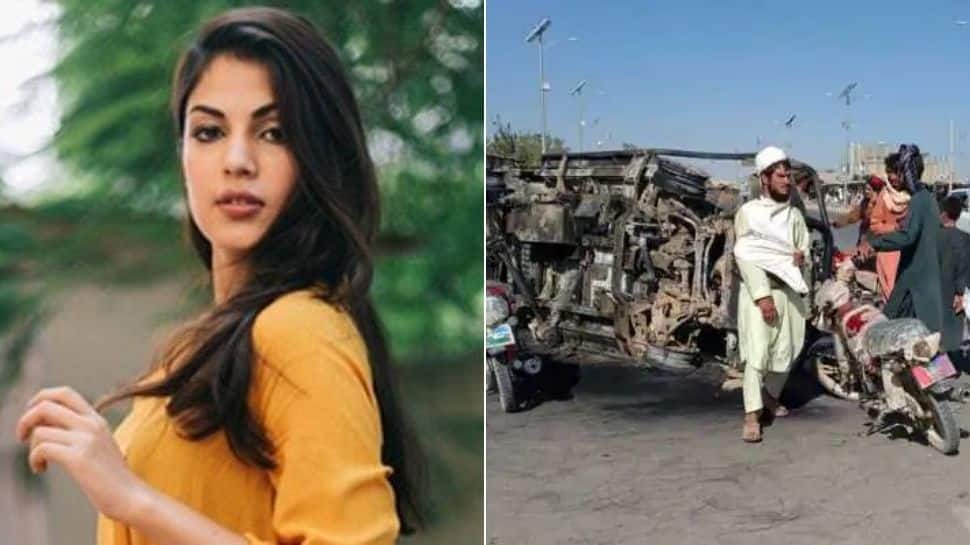 Mumbai: Rhea Chakraborty is extremely worried about the ongoing turmoil in Afghanistan. On Monday, she took to her Instagram Story to express her concern for the citizens of Afghanistan, especially women.

“While women around the globe fight for pay parity, women in Afghanistan being sold…They have become the pay. Heartbroken to see the condition of women and minorities in Afghanistan,” Rhea wrote. 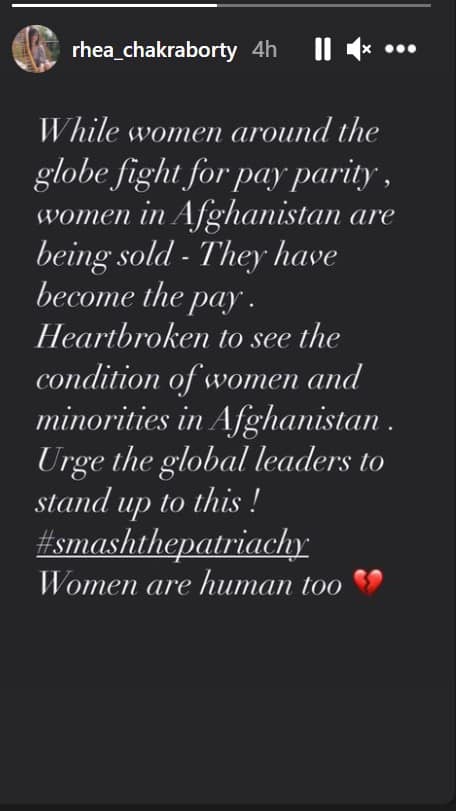 For the unversed, Taliban insurgents entered Kabul and President Ashraf Ghani left Afghanistan on Sunday, bringing the Islamist militants close to taking over the country two decades after they were overthrown by a US-led invasion.

Rhea also urged global leaders to stand up for the humanitarian crisis.”Smash the patriarchy…women are human too,” she added.

Actor Karan Tacker feels devastated to look at the state of women in Afghanistan.”Shame on humanity…while the world just sits and watches this in silence,” he wrote on his Instagram Story.

Filmmaker Shekhar Kapoor has also raised concern over the situation.”Special prayer for the people of Afghanistan. A nation wrecked and destroyed by the colonial ambitions of foreign powers. #Afganistan,” Kapur tweeted.

Other members of the film industry, including Swara Bhasker, Richa Chadha, Anurag Kashyap, Sanam Puri, and Hansal Mehta have also come out to share their views about the same.