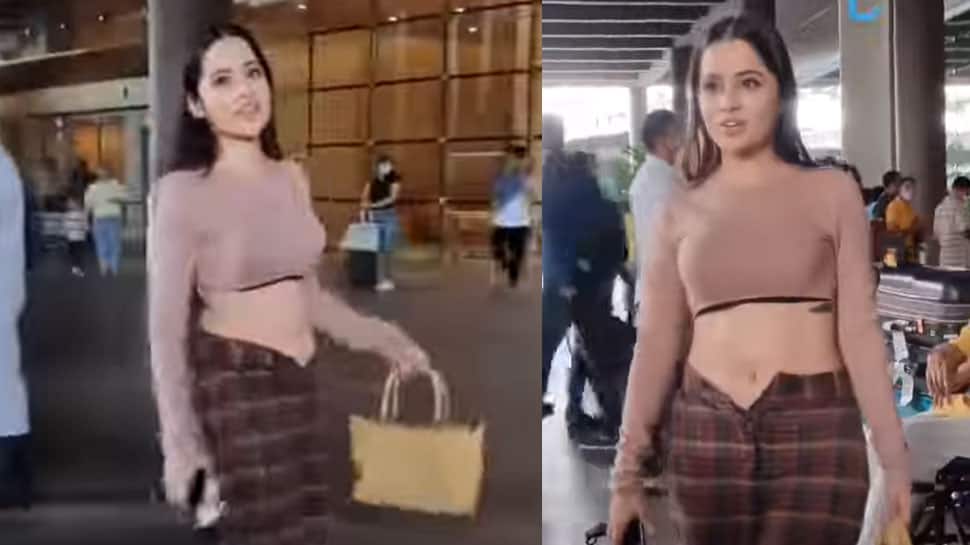 New Delhi: Bigg Boss OTT fame Urfi Javed has once again hogged the attention of netizens for her risque outfit. She was recently spotted at the airport wearing chequered brown unbuttoned pants with a fitted crop top.

Urfi’s unbuttoned pant look made netizens furious and many called her out for donning such an outfit to the airport. Check out the video shared by a celebrity pap on Instagram:

Earlier too, Urfi wore a ripped denim jacket which was short enough to give a sneak-peek of her light pastel coloured bra. She paired it with denim jeans and happily posed for the shutterbugs. However, trolls had a field day pointing out what’s wrong with her outfit.

Urfi was known for funny one-liners and hilarious reactions inside the house, however, her stint was brief as her partner on the show Zeeshan Khan swapped his connection with Divya Aggarwal, landing Urfi in nominations.