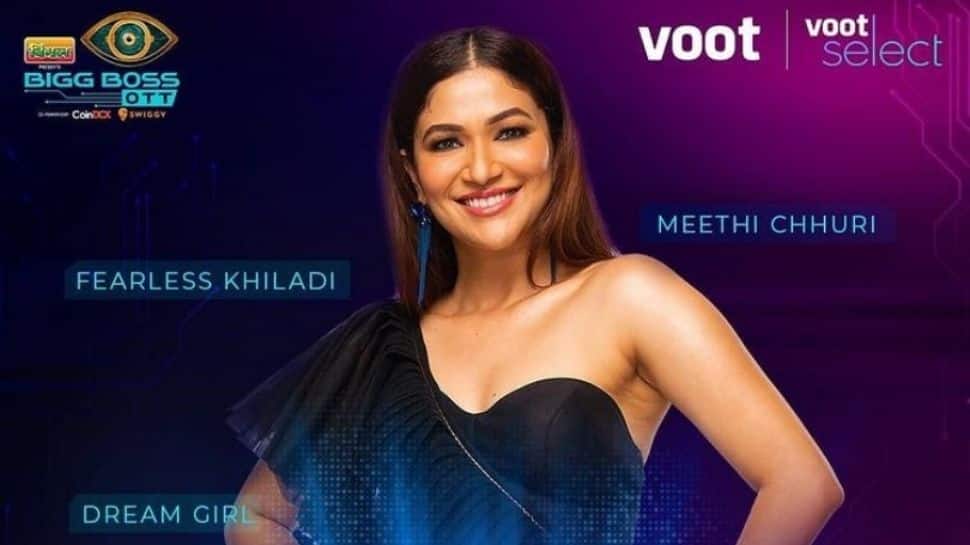 While Bigg Boss OTT is full of surprises and shocks, TV actress Ridhima Pandit along with her connection on the show, Karan Nath were the last evicted contestants. Her ouster came as a shocker as she is a popular name in the telly world.

While talking exclusively to Zee News Digital, Ridhima opened up on her favourite contestant and her journey in the house.

Did you expect to be out so soon?

Not at all, I’m really shocked and my journey in the house was extremely small. It isn’t a pleasant one that’s for sure. Whatever I had to offer to my audience, I couldn’t do that, haven’t got enough time for it.

How happy were you with your performance as a contestant?

I don’t think I am happy, because as I said that I couldn’t offer much to my audience. Couldn’t get a chance to perform to participate in many tasks and so I am disappointed.

Do you think you would have made a better connection with anyone else?

Well, I was the last contestant to enter the show and so as you would have noticed it was Karan who got the opportunity to choose between Divya Agarwal and me and he chose me and he is a lovely guy. At this moment, I wouldn’t feel the need to share whom I would have chosen because everyone got settled in their own space which was quite evident and so I decided to give my best shot with Karan.

If not Karan, who you would have opted for as your connection in the house?

Definitely Raqesh Bapat. Also because we have worked together earlier also and have been co-actors for quite a long period and our understanding was good on the show as well. He is a fabulous guy.

Who was your favourite contestant on the show and why?

I was my favourite contestant on the show and that’s because ‘mai apne favourite hu’ wala logic works here. But apart from me, Nishant Bhat is playing well.

If given a chance, would you like to make a comeback in the show as a wild card entry?

See the fact is, time doesn’t wait for anyone and even I am trying to take up my next assignment real quick. So if the makers think that I can add some value to the show and my audience want me to go back to the show and I won’t be having any prior commitments then only I can think about it. There are a lot of factors which need to be taken care of.

What is that one thing which you will change this time (in you) while making an entry as a wild card?

I don’t think I wanna change anything. Because I was showing the real me on the show and to an extent, everyone was liking it. I don’t think I will change much but will be more cautious this time.

What is the reason behind your eviction?

It is the concept of the show, which was a connection. I guess that didn’t work out in my favour.

What kind of response are you getting from people post your eviction?

My fans are extremely upset and angry about my eviction. I also urge all of them to accept this decision as it is the concept of the show and it’s not in our hands.