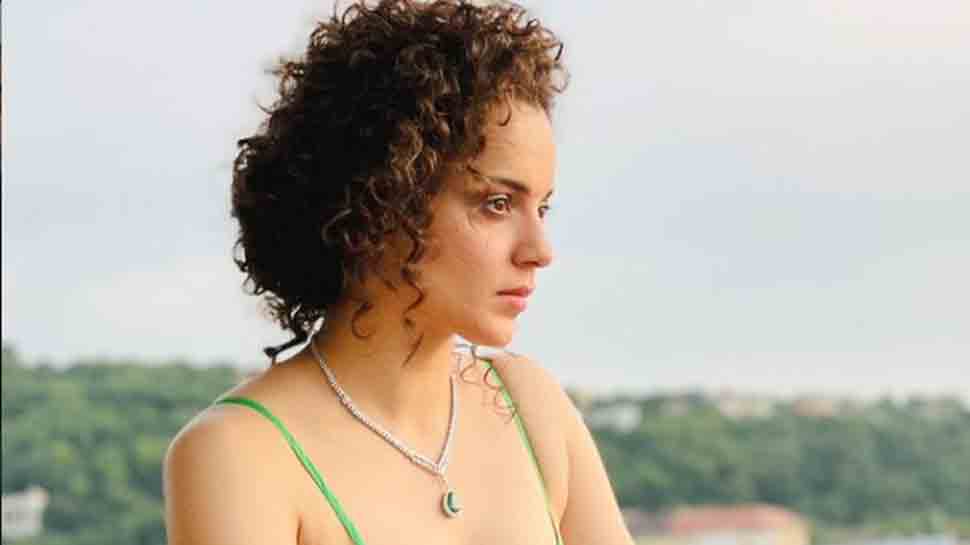 New Delhi: Bollywood actor Kangana Ranaut is known for not mincing her words when it comes to taking on her contemporaries in the industry. In the latest, the four-time national award winner has reacted to Bollywood celebs announcing the release dates of their films as soon as the Maharashtra government announced the opening of theatres.

Without mentioning anyone in her post, Kangana shared a few stories on Instagram, stating the current situation of Bollywood filmmakers. She wrote, “Dumb bollywoodias sleeping for months on end now suddenly announcing release dates as if people have nothing better to do than to watch their tacky films.” She also shared a meme that showed people hopping on to each other to get into an already crowded train compartment.

The actress further also posted another note on her story where she said that the film industry is in its transformation period and in the long run, only good content is bound to survive. She wrote, “This is a transformative time for the film industry, only good content will survive…so actually it’s not a bad time at all…it’s time for social cleansing. Old empires will fall and new ones will arise.”

Kangana-starrer Thalaivii, which had a short theatrical window as the film was made available on OTT platforms only days later, got only limited screens at multiplexes. The actress also raised the incident in her story and wrote, “It is a good time for people like us. We don’t get a solo release. We don’t find enough screens even if we do we don’t get good shows. Big studios and mafias have full control over exhibitors and multiplexes. Only thing we rely on is good content. That’s how I have made it this far. (sic)”

The actress used phrase of an old song of Amitabh Bachchan to take dig at ‘B-town mafias’ for making trashy films but yet getting big numbers due to manipulation and monopoly. – “Apni to jaise taise thori aise ya waise kat jayegi, apka kya hoga janabeali.” 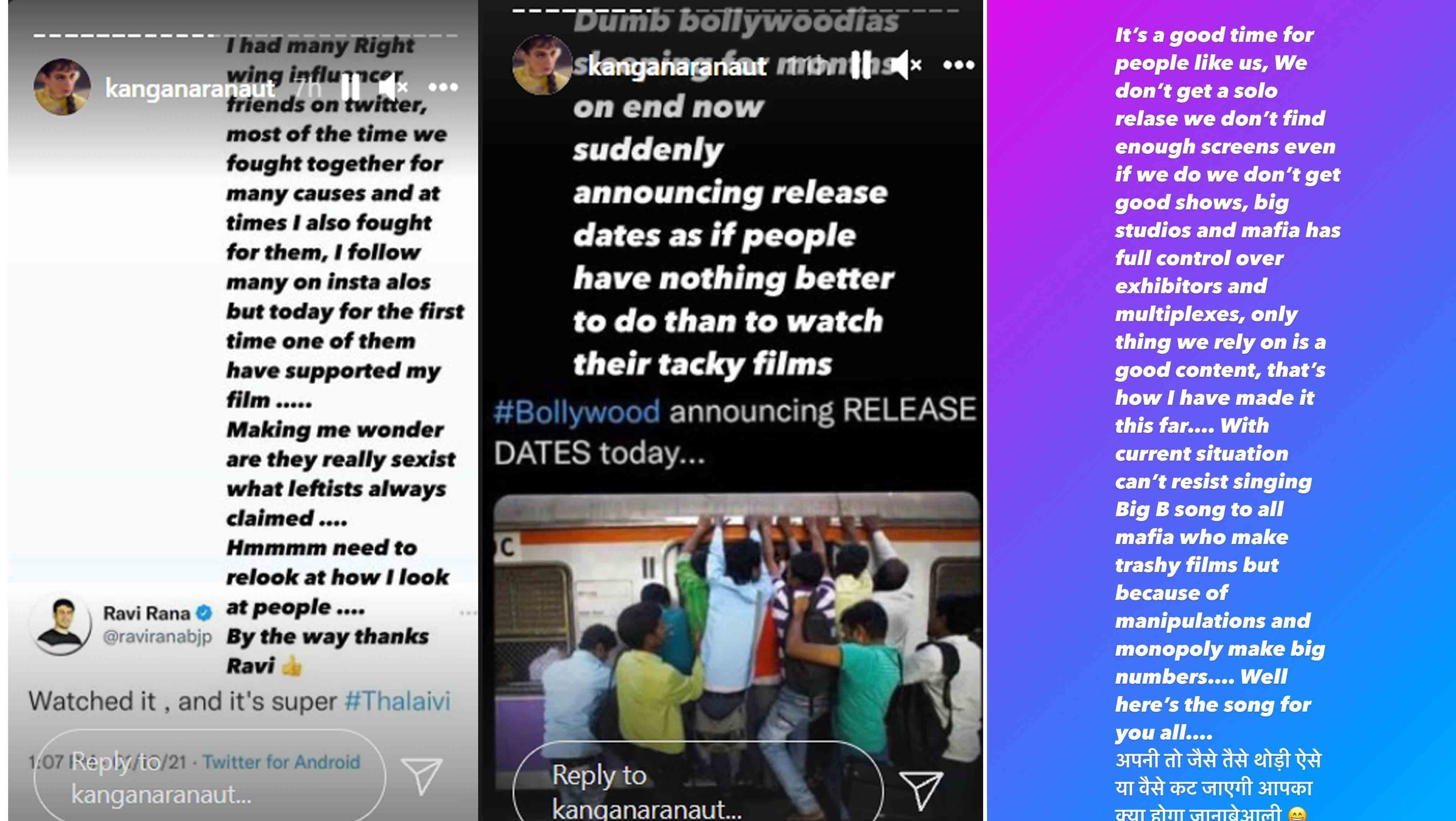 On the work front, Kangana’s latest film ‘Thalaivii’, which was released in theatres last month, has garnered immense praise and appreciation from both critics and the audience. She will next be seen in ‘Tejas’ and ‘Dhaakad’. Kangana has also been roped in for ‘The Incarnation – Sita’.

Apart from these, she is also working with Nawazuddin Siddiqui on ‘Tiku Weds Sheru’.

Kangana was recently in the headlines when she attacked Alia Bhatt over a controversial bridal ad. Kangana lashed out at the ‘Raazi’ actress and expressed her disappointment at the ‘kanyadaan’ reference in the ad, which featured Alia.