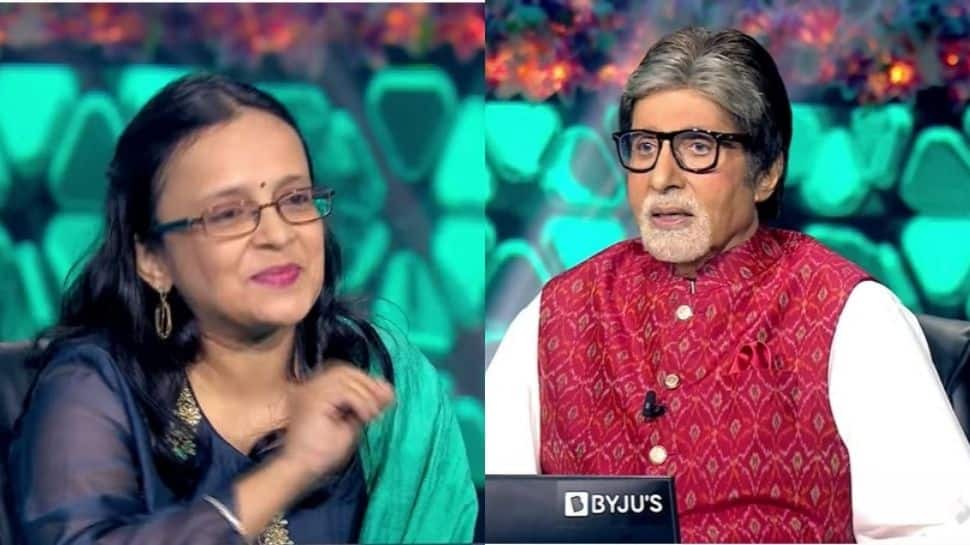 New Delhi: Amitabh Bachchan-hosted Kaun Banega Crorepati 13 has been one of the most-followed quiz shows of all times in the country. In the recently released promo, the megastar had a funny exchange of words with the contestant who came on the show.

She also told Big B that she is jealous of his daughter-in-law Aishwarya Rai Bachchan as she considers her the prettiest among everyone else.

Big B showed gratitude to her for her kind words.

For the unversed, Kaun Banega Crorepati (KBC 12) is a game show based on the British TV programme titled ‘Who Wants to Be a Millionaire?’. Big B has been associated with it for 11 seasons, and Shah Rukh Khan hosted season 3 of KBC.

Recently, Aishwarya walked the ramp at the Paris Fashion Week and totally ruled the runway with her show-stopping look. The ‘Guru’ star was dressed in an all-white tradition-meets-modern outfit.