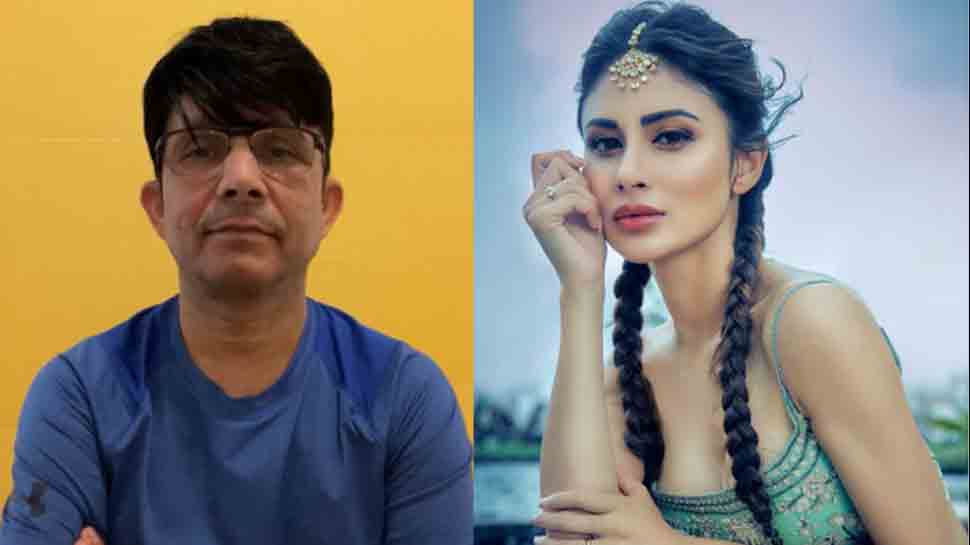 New Delhi: Mouni Roy is one of the hottest properties in the entertainment industry. The ‘Naagin’ actress often grabs headlines with the breathtaking pictures that she drops every now and then on the internet. The actress, who has earned a name for herself, is also a fashionista in the truest sense. Be it her saree looks or her sizzling pictures in a bikini, she definitely knows how and when to set the temperature soaring on the internet.

Mouni has often been questioned for her massive transformation over the years. Netizens have expressed their views on her posts if she had gone under the knife to get her desired look. And now famous self-proclaimed film critic Kamal R Khan has taken a dig at Mouni over her transformation with the help of surgeries.

KRK shared a collage of Mouni’s transformations over the years and wrote, “Money can change the looks also. See here, Actress #MouniRoy keeps changing her looks.” His post left users discussing how the actress has allegedly been trying hard to look good and hence going under the knife. 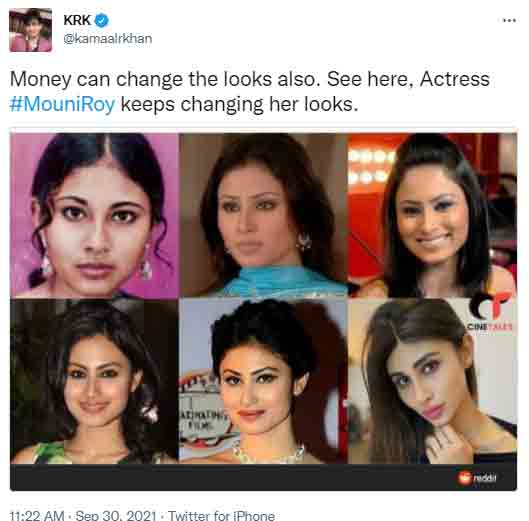 Below are some of the hilarious comments on his post: 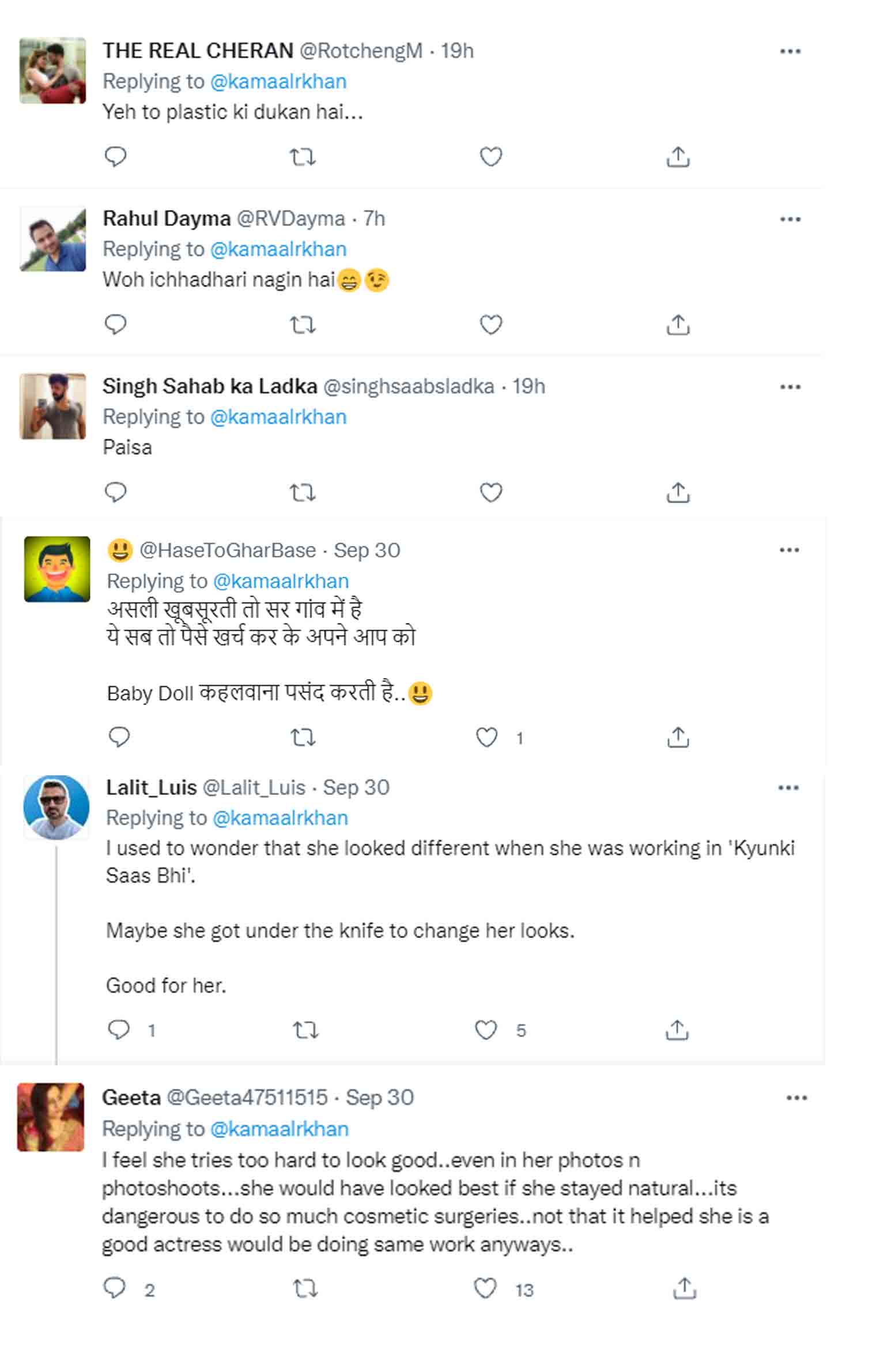 A few years ago, at the special screening of Salman Khan’s ‘Bharat’, Mouni had got mercilessly trolled for possible plastic surgeries she may have undergone. The actress, who was seen in a neon green jacket over a black bodycon dress, was called all ‘plastic’ and compared to Rakhi Sawant and Michael Jackson. “Plastic surgeries ruined her beauty”, “What has happened to her lips?”, “Surgery failed”, “Plastic” and “Botox aunty” were some of the mean comments that Instagram trolls used to define her look from the screening.

Speaking of her work, Mouni made her debut in Bollywood with Akshay Kumar’s sports-drama ‘Gold’ in 2018, and later appeared in ‘Romeo Akbar Walter’ and ‘Made in China’. She will be next seen in Ranbir Kapoor-Alia Bhatt starrer ‘Brahmastra’.