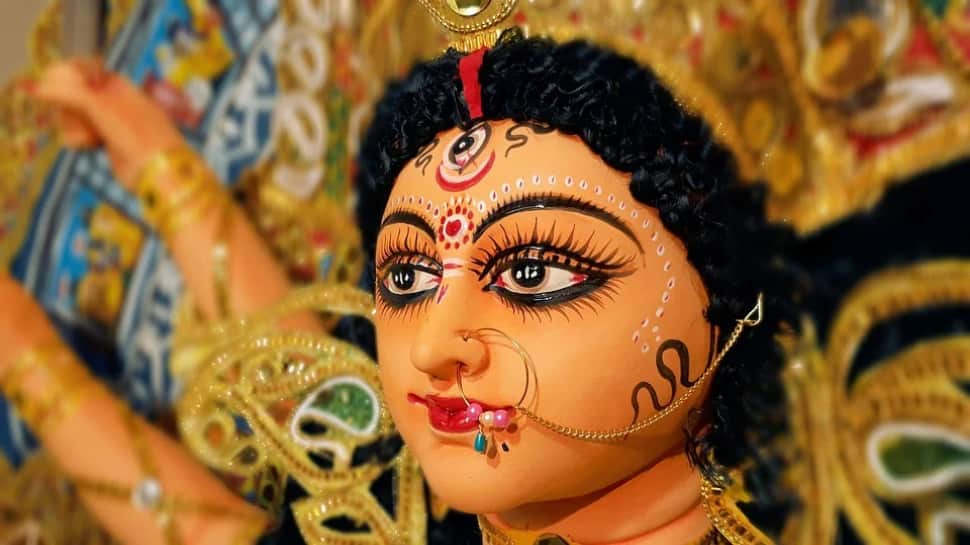 New Delhi: During the nine days of Navratri different avatars of Goddess Durga are worshipped. Each day is dedicated to one particular avatar or form and devotees pray to Maa and seek her blessings. They also fast during these nine days and chant mantras. This year, the festivities begin on October 7 and end on October 15 with Vijayadashami falling on the 16th.

Day 4 of the festival marks the Chaturthi Tithi and Mata Kushmanda is worshipped. Ku means ‘a little’, Ushma means ‘warmth’ or ‘energy’, and Anda means ‘cosmic egg’. Goddess Kushmanda is believed to have created the universe with her divine smile.

Kushmanda is one of the manifestations of Durga, and is worshipped on the fourth day of Navratri. It is believed that it is this form of Durga which eliminated darkness from the world with her smile. And hence, every idol of the goddess in this form has a benevolent smile on her face.

Maa Kushmanda is also believed to be Lord Shiva’s consort and is responsible for improving the health of her devotees. She also attributed bestowing immense wealth and strength to her bhakts.

You can invoke Maa Kushmanda by chanting this simple Mantra

Goddess Kushmanda is said to be fond of red flowers and that’s the reason, devotees usually offer a red hibiscus to her. However, if you are unable to find one, you can use a red rose as well. The devotees take a bath early in the morning and prepare their Puja Thaal that includes a flower, Jal, roli, sweets, a red dupatta, and a white pumpkin which is actually refined and processed to make petha or ash gourd.

If you are unable to find the actual vegetable – the white pumpkin or the winter melon, you can also use the processed petha or the ash gourd to offer to the Goddess and then distribute among selves as Prasad.

Mounted on a tiger, the goddess is depicted with Ashta Bhuja or eight hands. Devi Kushmanda’s one hand is always on Abhayamudra from where she blesses her devotees. This form of Durga is believed to have the power to reside within the sun. Hence, she has the radiance and the glow to sustain and preserve energy.