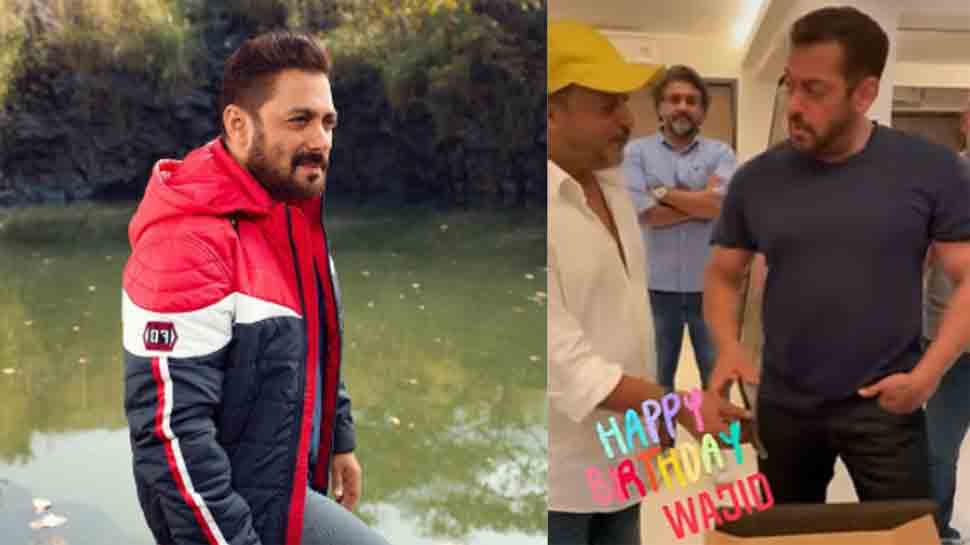 New Delhi: Actor Salman Khan on Friday paid a tribute to late music composer Wajid Khan on his birth anniversary by cutting a cake. This time, the Bollywood superstar was also joined by Romanian actress-singer Iulia Vantur, who the superstar is rumoured to be dating, and Wajid’s bother Sajid Khan.

Sajid shared a video from the cake cutting session on his Instagram account and dedicated an emotional note to his late brother writing, “Kaise bataye kisko sunaye kitna tumhe hum chahte hai. We love you Wajid, the world loves you.”

Last year too, during the COVID-19 pandemic, Salman Khan and his brother Sohail Khan had celebrated Wajid’s birthday by cutting a cake.

Salman recently extended his wishes to Sajid Khan for his new song, “Mast Barsaat’. The actor also wrote that “Wajid will always be missed.” He tweeted, “Best wishes for the song Sajid and Soundarya! Will miss you always Wajid (Sic).”

Music composer Wajid Khan died of cardiac arrest at the age of 42 after testing positive for COVID-19, on July 1. He is survived by his wife, Kamalrukh, and two children, a daughter and a son.

On the work front, Salman Khan has been filming for Maneesh Sharma’s ‘Tiger 3’. The spy-thriller is produced by Yash Raj Films and also features Katrina Kaif and Emraan Hashmi in lead roles. Salman, who is also hosting Bigg Boss 15, will be seen juggling between the shoot of his reality show and the spy-thriller. ‘Tiger 3’ is the third installment of ‘Ek Tha Tiger’ and ‘Tiger Zinda Hai’ franchise.

Salman will also begin promoting his next production venture ‘Antim: The Final Truth’. The film also features his brother-in-law Aayush Sharma in the lead. The release date of the film is yet to be announced.