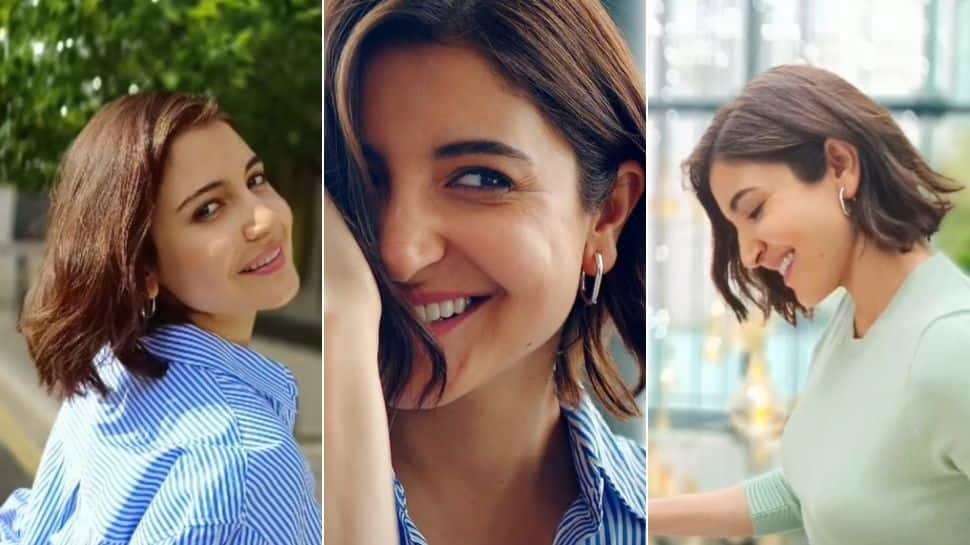 In the video, the cricketer can be seen clicking stunning pictures of the actress as she smiles for the camera dressed in a striped blue shirt and high-waisted pants.

Virat, who often expresses her love for Anushka, praised her in the video highlight her selflessness and called her an ‘icon’. He also appreciated her for being the best mother and partner.

He said, “It takes a lot to be selfless, to be out there, doing what’s best for others, day in, day out, to be who she is and still stay grounded. Even after reaching the stars, she is still humble. She is a ray of inspiration for me and is still the selfless person I met all those years ago. An icon in her own right, she is a fantastic mother, an amazing partner. This is Anushka’s story through portraits.”

Take a look at the cute video:

Fans, who lovingly call the couple ‘Virushka’, were in awe of the adorable video and dropped their appreciation in the comment section.

For the unversed, the couple had tied the knot on 11 December 2017.

On the work front, Anushka Sharma was last seen in Aanand L Rai’s Zero, opposite Shah Rukh Khan and Katrina Kaif. She is currently producing late Irrfan Khan’s son Babil’s debut film ‘Qala’. It will be streamed on Netflix.