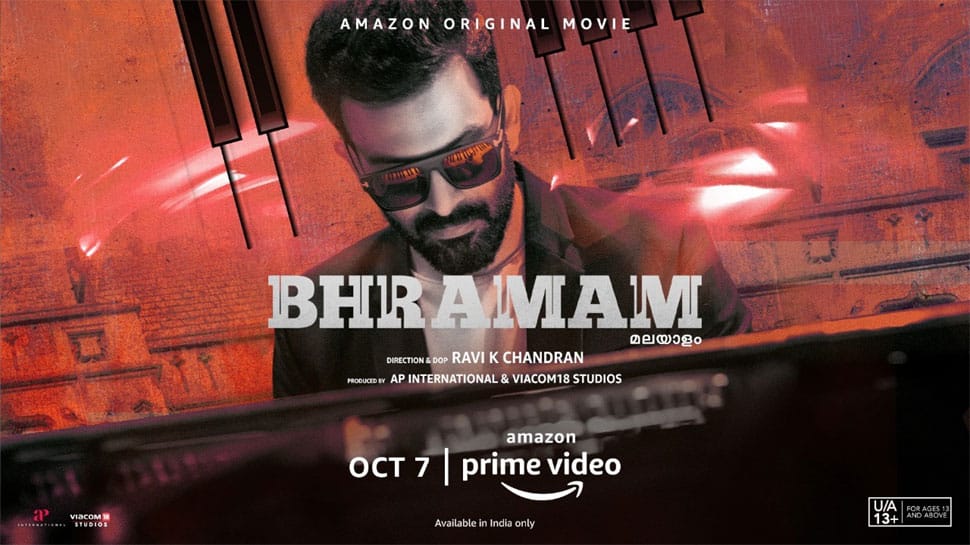 Directed by Ravi K Chandran and jointly produced by AP International and Viacom18 Studios, Bhramam is slated to release on October 7, 2021, in India.

The trailer of Bhramam offers a glimpse into the life of Ray Mathews, a pretentious blind pianist who finds solace in his music. But his musical escapades get laced with mystery as he witnesses the murder of a yesteryear actor and all hell break loose. As lie and deceit envelope Ray, he must turn the tables to save his life.

With a stellar background score by Jakes Bejoy, the film scores on a well-crafted screenplay, an incredible supporting cast and a stupendous performance by Prithviraj in the lead.

Commenting on the film’s premiere, actor Prithviraj Sukumaran added, “Playing a blind pianist was like venturing into an unexplored territory as an artiste but I have thoroughly enjoyed portraying such a nuanced and layered character. Bhramam is a well-crafted murder mystery and is replete with interesting elements that should of appeal to the Malayalam audience and beyond. I am looking forward to the premiere of Bhramam on Amazon Prime Video and I hope this film will garner as much love and appreciation from viewers as I enjoyed working for this project which is close to my heart.”