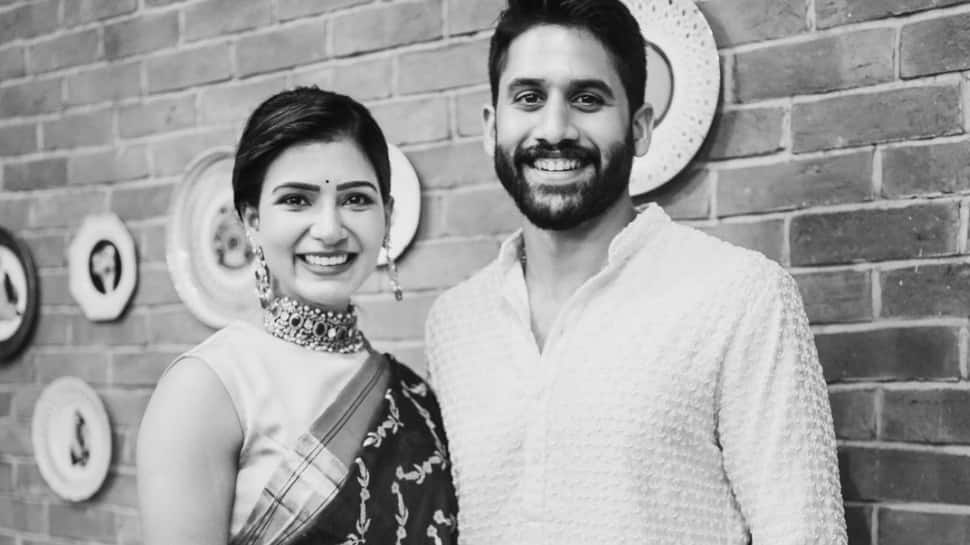 New Delhi: Telugu actors Samantha Prabhu and Naga Chaitanya’s divorce has left their fans heartbroken. The two got married on October 6, 2017, and would have been celebrating their fourth wedding anniversary if they had not parted ways. However, Samantha’s loving post for Chaitanya from their anniversary last year is making fans nostalgic for the former power couple.

“You are my person and I am yours, that whatever door we come to, we will open it together. Happy anniversary husband @chayakkineni,” Samantha had posted on her Instagram last year with a heart emoji. In the black and white photo shared in the post, Samantha is dressed in a saree and Chaitanya is donning a white chikan kurta. However, it’s their infectious smile that steals all the attention.

Fans took to the comment section to express their grief over the break-up. “One year down the line (broken heart emoji)  never thought this day would come,” wrote one, while another commented, “For us uh both always as chaysam (crying emoji) Happy wedding anniversary my sam darling stay strong ur good at heart @samantharuthprabhuoffl @chayakkineni”. Many others dropped in crying emojis.

The couple on October 2 released a joint statement and announced their separation, just a few days before their 4th wedding anniversary. “To all our well wishers. After much deliberation and thought Chay and I have decided to part ways as husband and wife to pursue our own paths. We are fortunate to have a friendship of over a decade that was the very core of our relationship which we believe will always hold a special bond between us. We request our fans, well wishers and the media to support us during this difficult time and give us the privacy we need to move on. Thank you for your support,” read the actress’s statement.

Fans first guessed there was trouble in the marriage when Samantha dropped her married surname Akkineni on her social media profiles and wrote just ‘S’ instead in July 2021. Later, she was also seen missing at a dinner hosted for Aamir Khan by Chaitanya’s family.