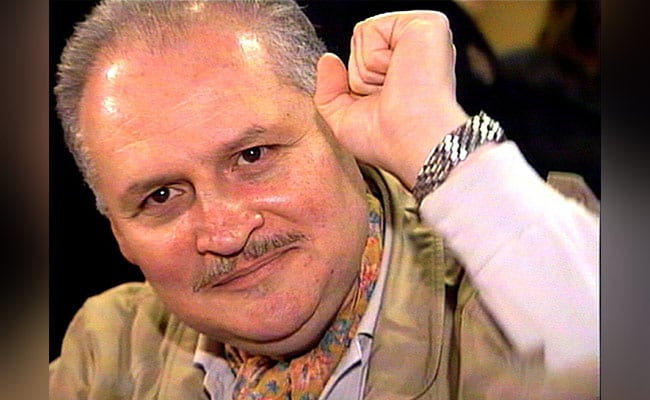 Carlos the Jackal, the leftist terrorist who carried out attacks across the globe in the 1970s and 1980s, opened a bid in a French court on Wednesday to reduce the life sentence he had been given for a deadly grenade attack on a Paris shop in 1974.

The self-declared “professional revolutionary”, whose real name is Ilich Ramirez Sanchez, has been behind bars in France since he was captured and spirited out of Sudan by French special forces in 1994. He was found guilty in 2017 over a grenade attack in 1974 on the Drugstore Publicis, on Paris’s Champs Elysees, that killed two people and injured 36.

The appeal that started on Wednesday will not seek to overturn that conviction but will only concern how many years he should be jailed for, after the country’s Supreme court struck down the latest ruling over technicalities and sent it back to the lower court. The decision is expected on Friday.

Ramirez, who was born in Venezuela and is now aged 71, is already serving two other life terms and has lost appeals against them. One is for the murder of two French police officers and an informant in June 1975 and the other for attacks on trains, a railway station and a Paris street in 1982 and 1983 that killed 11 people and wounded about 150 others.

In the 1970s and 1980s, the Marxist became public enemy number one for Western governments and the world’s most wanted man.

He sealed his international notoriety by taking OPEC’s oil ministers hostage in the name of the Palestinian struggle, in a raid on its Vienna headquarters in 1975 in which three people were killed. The nickname was given to him by the media after a reporter saw a copy of Frederick Forsyth’s “The Day of the Jackal” at Ramirez’s London flat.