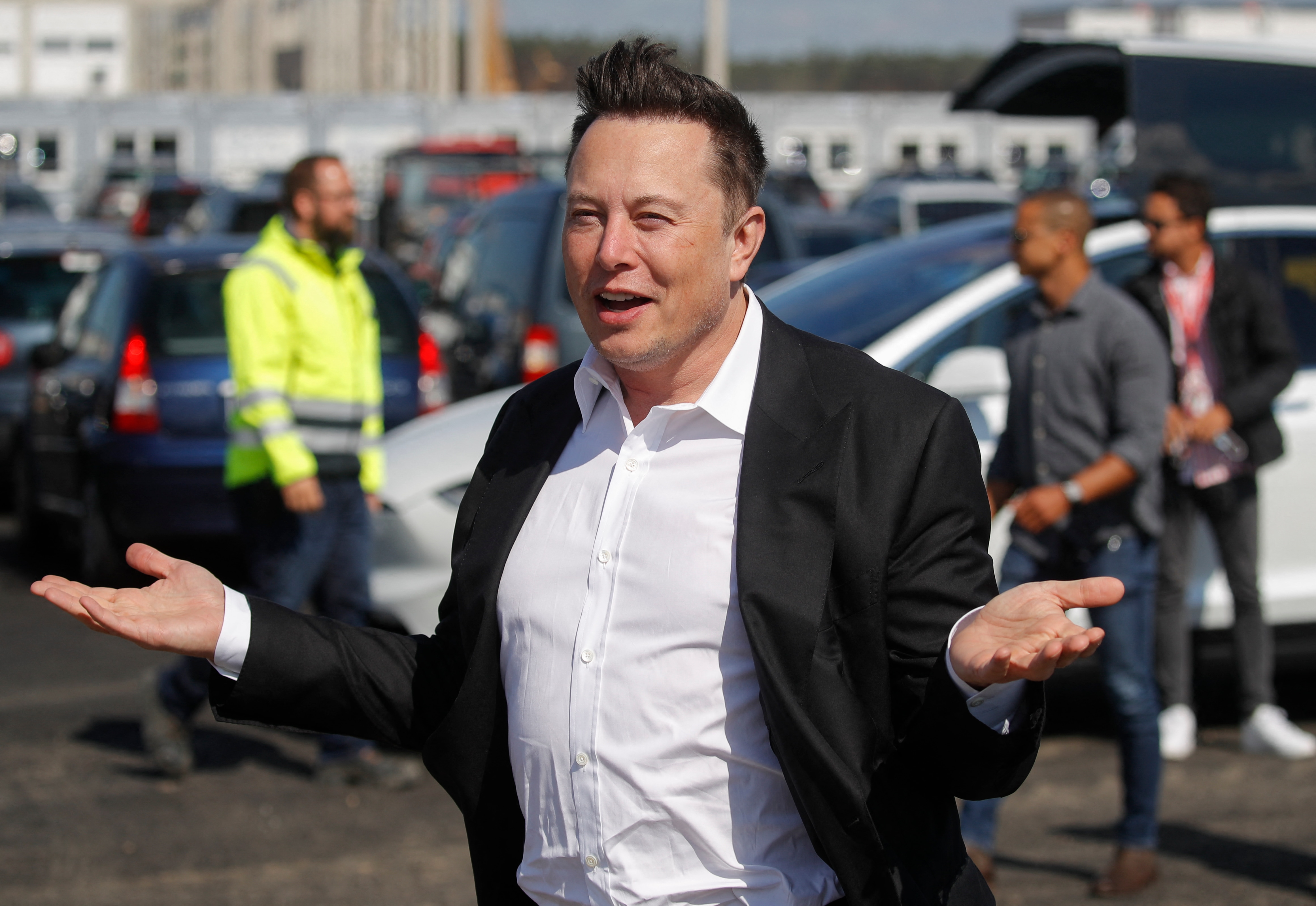 Tesla CEO Elon Musk on Wednesday evening met with the leadership of Brandenburg, the German state where the group’s 5.8 billion euro ($6.9 billion) European gigafactory is being built, its Economy Minister Joerg Steinbach said on Twitter.

Steinbach, who posted a picture of Musk along with the tweet, said the meeting was also attended by Brandenburg’s state premier Dietmar Woidke.

“Very relaxed evening meeting with @elonmusk, D. Woidke, co-workers on both sides and myself. In an atmosphere of mutual trust we discussed the remaining tasks. Thanks to you and your great family for this visit, Elon!,” Steinbach said.

Steinbach’s comments come after public flight data had earlier shown the arrival of Musk’s jet in Germany, where Tesla is facing delays in trying to bring the new manufacturing site on stream.

Armin Laschet, the conservative candidate to succeed Angela Merkel as chancellor, is scheduled to visit Tesla’s site, located in Gruenheide near Berlin, on Friday to meet with local staff as part of his election campaign.

Due to environmental resistance and red tape, it remains unclear when the first vehicles will roll off the production line at the site.

Tesla has already pushed back the expected opening to late 2021. The environmental agency in Brandenburg has yet to give final approval – meaning a further delay cannot be ruled out, even into 2022.

Musk has regularly travelled to Germany to check on the plant’s progress and during a visit in May criticised Germany’s bureaucracy.

“It’s gonna be awesome,” Musk said on Twitter on Wednesday in response to a tweet that cited an article saying that public opposition to the plant was declining.