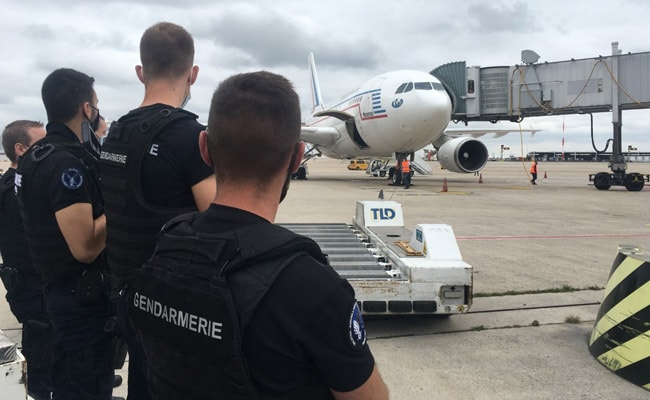 France said on Wednesday it had evacuated almost 200 Afghan nationals from Kabul overnight as it steps up airlifts out of the Afghan capital following the Taliban takeover.

The French military is taking people out of Kabul on military planes to Abu Dhabi, from where they are to be flown on passenger aircraft to Paris. A first contingent of 41 French and foreign nationals arrived in France on Monday.

“Nearly 200 Afghans who worked for France or who are under threat have just been evacuated from Kabul, as well as French and foreign nationals,” President Emmanuel Macron said in a tweet, adding that the operations would continue.

The foreign ministry said 216 people were on board the flight, including 25 French, 184 Afghans “from civil society in need of protection” as well as seven other foreign nationals.

It said that this operation meant that most people — both of French and Afghan nationality — who had taken refuge at the French embassy in Kabul, had now been evacuated. The French embassy is now working out of the airport.

The airlift comes as Macron faced accusations from the left and activists that he was letting down ordinary Afghans after he pledged a robust European approach against illegal migration in the wake of the takeover.

Macron promised in a televised address on Monday that France would “protect those who are most under threat in Afghanistan” while also vowing Europe would put together a “robust” initiative to thwart illegal migration and in particular people-smuggling networks.

“We must anticipate and protect ourselves against significant irregular migratory flows that would endanger the migrants and risk encouraging trafficking of all kinds,” he said.

But he said Tuesday in an English-language tweet that those who accused him of pandering to the far-right had “twisted” his comments.

“France does and will continue to do its duty to protect those who are in the most danger,” Macron said.