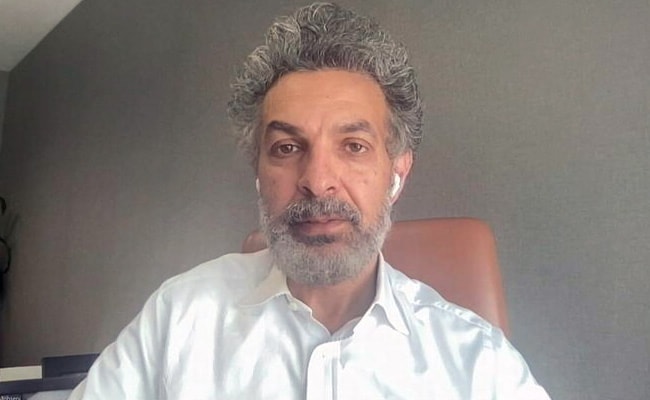 Mr Mohseni is Chairman and CEO of the MOBY Group, the media company that owns Tolo News

The Taliban have said they are open to a free Afghan media, but it is still unclear how independent news organisations will be in the long run, Saad Mohseni, the owner of Tolo News, Afghanistan’s first independent news channel, told NDTV on Monday.

Mr Mohseni spoke of a surprise visit by the Taliban to Tolo News offices in Kabul; they were “very respectful” he said, although they did confiscate weapons from the company’s armed security team.

Chairman and CEO of the MOBY Group, the media company that owns Tolo News, he said it would be naive to expect no restrictions; “… the question is how much (will the media be restricted)…”

“Slightly surprised we are still allowed to function… although they always assured us, they are open to the idea of a free press in Afghanistan and particularly local news organisations. So, this is interesting now… but we can’t take it for granted. There is a long way to go before we know, for sure, how they will treat the media and news organisations,” he said.

Last week the Taliban held a press conference following their assuming power. Among the promises made – as part of the group’s effort to present a more moderate image – were that private media organisations could function, and women could continue to work and study.

Images of a Taliban official being interviewed on Tolo News by a woman journalist seemed to confirm the promises were real. Since then, though, there have been indications to the contrary.

Last week Shabnam Dawran – a well-known Afghan woman journalist who used to work for Tolo News – said she was barred from working at her TV station. Asked if that incident was perhaps an exception to the ‘new’ Taliban or a reversion to type, Mr Mohseni suggested it was perhaps too early to be absolutely sure.

“I think we have to wait for the real Taliban to stand up… let’s see who is going to be more dominant. There are different factions… some moderate and pragmatic and others very hardcore. Some understand they have to engage, others may have an ‘isolationist’ Afghanistan in mind,” he said.

“We may have to wait to see for ourselves if they are going to have an inclusive, broad-based approach, or government, that will see women involved…”

He also pointed out changed cultural circumstances on both sides of the divide – young Afghans, whether Taliban or not, who grew up in a world dominated by social media and WhatsApp.

“… have to remember the world is changed since the late 1990s (when the Taliban was last in power). People are accustomed to social media… and this applies to both sides. The Taliban now is maybe cognisant of these changes… understand that they have to engage with the world.”

Mr Mohseni also said that while his channel had not really altered its news programming, it had initially “toned down” entertainment content, some of which has since been re-launched.

The Taliban had warned media organisations that content will have to remain “in accordance with Sharia law” and not adversely affect “national security” – stipulations that raise concerns.

“Of course… if the question is it has to be in accordance with Sharia law… who is interpreting? What is in ‘national interest’? By the way… we had similar issues with the previous governments (under President Ashraf Ghani and President Hamid Karzai)… it is very easy to define ‘national interest’ as something that suits you and your narrative.” he cautioned.

“We want to err on the side of caution… and we are reassessing on a daily basis,” he said, offering some hope that a Taliban 2.0 (depending on which faction gains the upper hand) might actually live up to its promises of a government that protects human rights, particularly those of women.